from Part I - Epistemology and Language 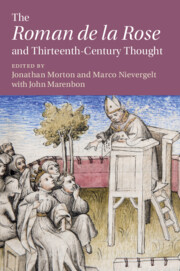 from Part I - France and Its Influence