from Part I - Drivers of Innovation in Emerging Markets

from Part II - Implementation of the Development Episteme 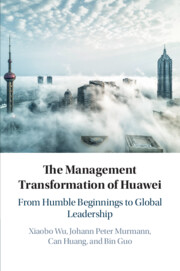 from Part I - The Production of Operetta