from Part II - An Analysis of Historical Regimes

from Part V - The Aftermath of Conquest 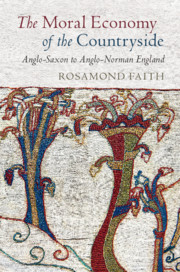