from Part I - The Textual Hemingway

from Part I - Refugee Family Relationships 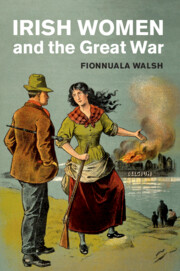 from Part One - Becoming Bagamoyo