from III - The State and Its Political Organizations

from Part II - The Jacobean Tradition 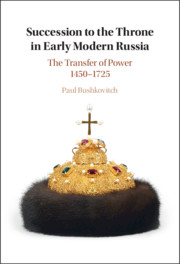