from Part I - Setting the stage (in Athens and beyond) 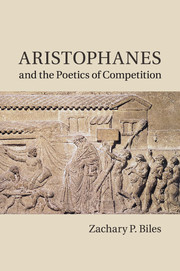