from Part I - Foundations for Understanding and Researching Polycentric Governance 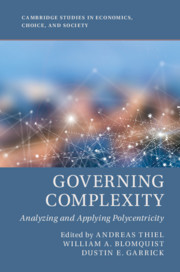