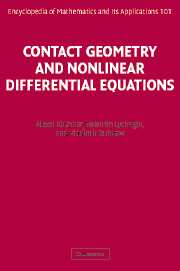 from Part I - Symmetries and Integrals