from Part II - Norms and Margins: A Historical Perspective

from Part I - Norms and Margins: Ideology and Concepts 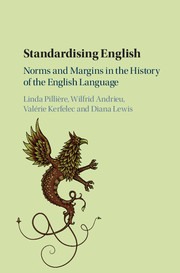