from Part II - Episodes of Financial Innovation, Regulation and Crisis in History 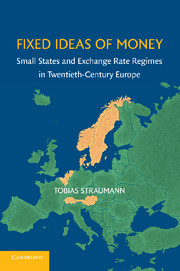