from PART V - REVOLUTION AND THE CHRISTIAN WORLD 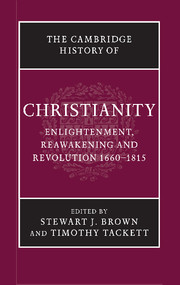