from Part II - Shakespeare in literature 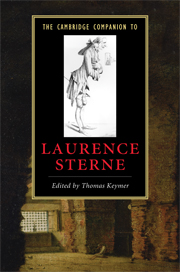 from PART IV - LITERATURE AND SOCIAL AND INSTITUTIONAL CHANGE