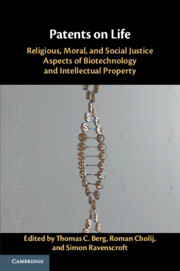 from Part III - “What's Love Got to Do with It?”1 Applications of Agape to Law