from Section 2 - Language lateralization and psychosis

from Part II - Cognitive and neurosciences

from Part II - Cognitive and neurosciences 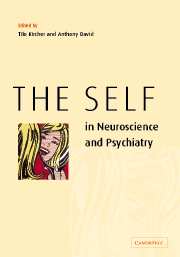 from Part III - Disturbances of the self: the case of schizophrenia