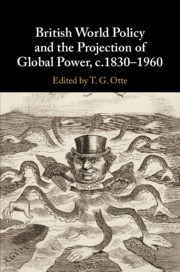 from Part III - The wars and Great Power politics