from PART II - The legitimacy and accountability of actors and standards 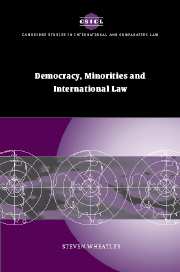