from Part I - Introduction to conservation and conflict 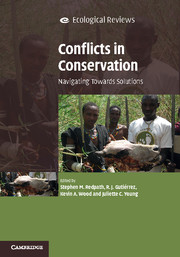