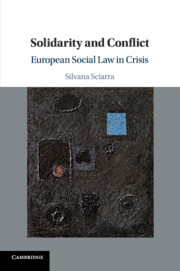 from Part III - Reinventing the collective dimensions of Social Europe