from PART II - THE CHURCHES AND NATIONAL IDENTITIES

from PART I - CHRISTIANITY AND MODERNITY 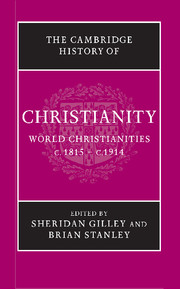