from Part IV - The Market Model

from Part I - The Intellectual Terrain 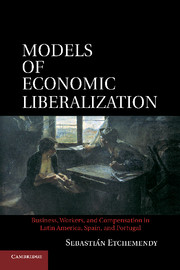 from Part I - The Intellectual Terrain

from Part II - The Political Economy of Business Adjustment

from Part III - The Political Economy of Labor Adjustment