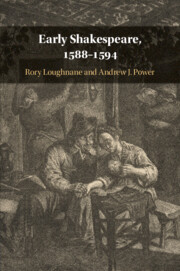 from PART III - Education and science

from PART V - Religion and devotion

from PART II - Rhetoric and poetics

from PART IV - History and philosophy