from I - Into the Well of Historical Jesus Scholarship 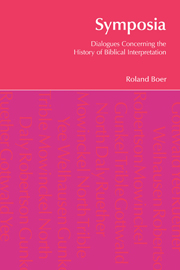