from Part IV - The new agenda: Globalisation and global governance 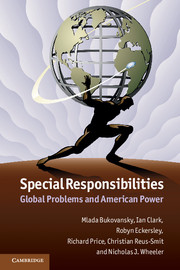