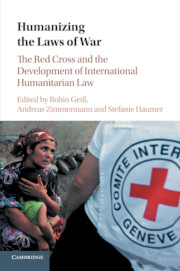 from Chapter I - General provisions

from Part IV - The role of third States