from Part I - Fossil History, Zoogeography and Taxonomy of the Pitheciids 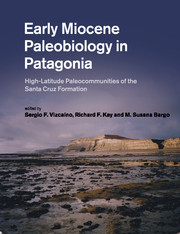