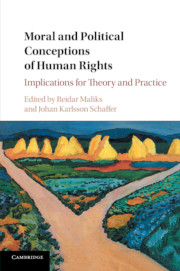 from Part II - Free citizens and the state