from Part III - Techniques For Implementing International Principles And Rules 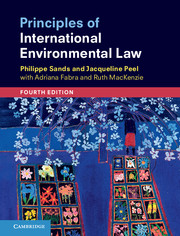