from Part I - Experts, Networks, Advocacy and Mediation 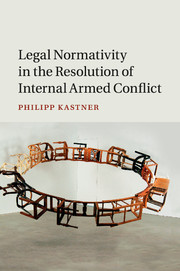