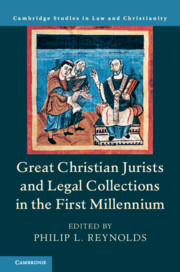 from Part III - The twelfth century

from Part IV - The thirteenth and fourteenth centuries

from Part III - The twelfth century

from Part IV - The thirteenth and fourteenth centuries

from Part V - The Council of Trent