from Part V - The Multiplicity of Ecological Parameters: Echoing the Theoretical Frame and Going Beyond

from Part I - Introduction and Theoretical Frame

from Part V - The Multiplicity of Ecological Parameters: Echoing the Theoretical Frame and Going Beyond 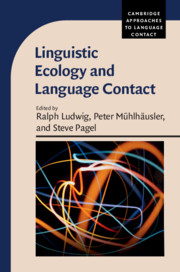