from PART I - Law and politics in United Nations reform 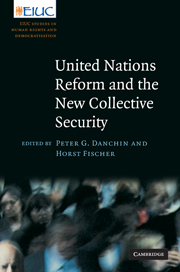