from Part 2 - The traditional agenda: states, war and law 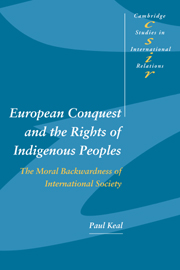