from Section 5 - Treatment and Services

from Section 4 - Social Functioning and Mood 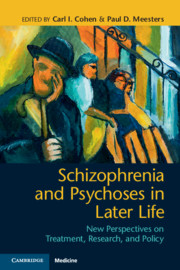