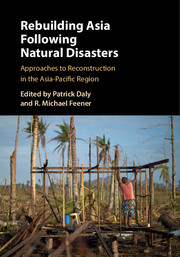 from Part I - Reconstruction Efforts