from Part IV - The Millennium Challenges of Central Banks 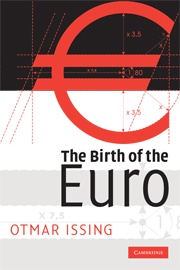