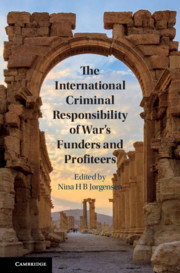 from Part IV - Crime of Aggression and National Law