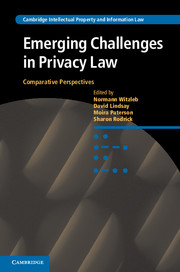 from Part 3 - Beyond the Courts