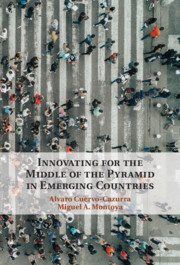 from SECTION I - From Capital to Labour Mobility

from 4 - MultiMexicans in the Mining Industry