from Part III - Nomic Necessity and the Metaphysics of Nature 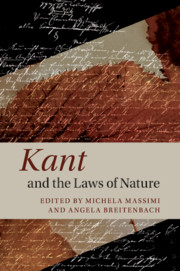