from Part II - A Space of Their Own: The Woman's Journal, Generic Choice and the Making of Female Public Expression

from Part I - Methodologies: Framing, Constituting, and Regulating the Space of the Women's Journal 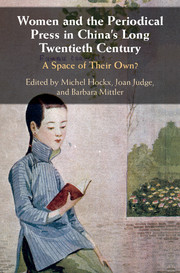