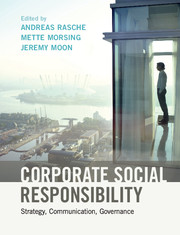 from PART III - COMMUNICATION AND CSR