from Part II - Actors and Domains of Governance 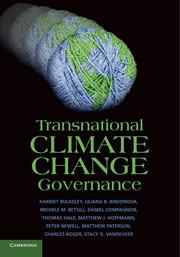