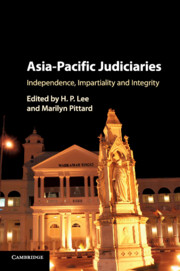 from Part I - Foundations of Australian Workplace Relations