from IV - Civil Society: The Roots and Processes of Political Action 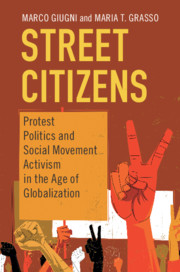