from Section VI - Prevention of First and Recurrent Stroke 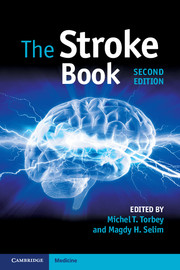