from Part II - Use of Precedent across Regimes 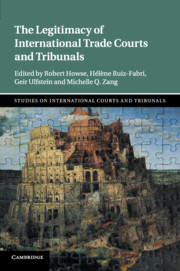