from Part I - Theoretical and Methodological Considerations

from Part II - Theories and methodologies 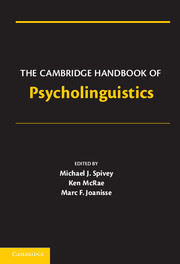