from A - Designing Effective Enforcement Systems 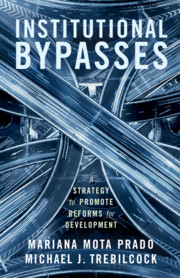 from Part I - Perspectives on consumers' access to justice