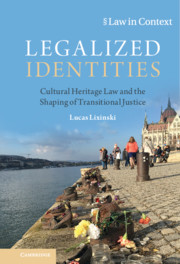 from Part III - Consensus Analysis Outside the ECHR System