from Part One - Trade in goods and services 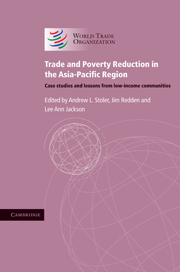